Alcohol and Running: Everything You Need to Know

Alcohol and running: can you have your cake and eat it too?

Plenty of runners and athletes enjoy alcohol, especially after a grueling run. And why wouldn’t they? It’s calming, it’s relaxing, and it takes the edge off. Life is short, after all – might as well indulge in the good stuff just a little bit.

But can your alcohol use be affecting your running performance? If you have aspirations to really compete, that question is probably what brought you to this article. 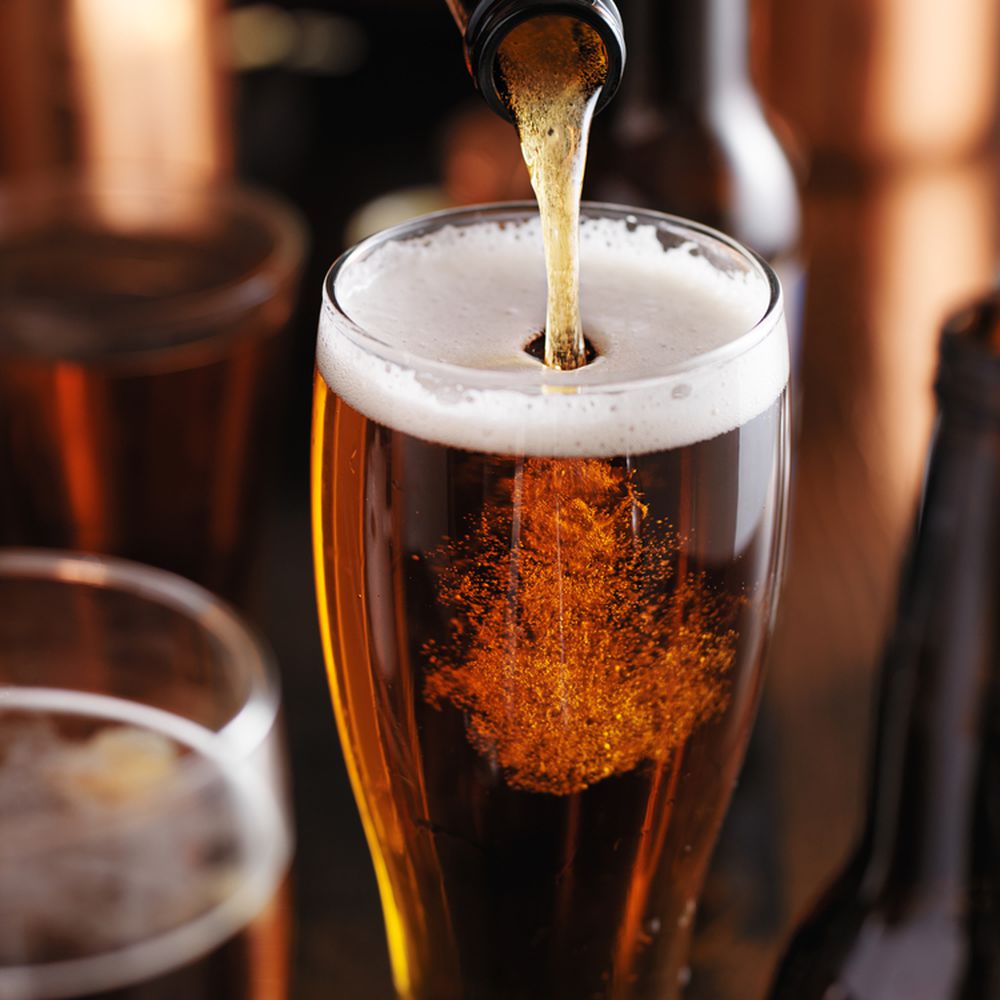 But first, let’s take a quick look at what alcohol actually is.

Although you may not think of it as such, alcohol is actually a drug. Specifically, it’s a depressant drug that serves to slow down – depress – several parts of your brain, as well as the central nervous system. That’s why your motor functions are impaired while drunk, why your speech is slurred, and why running while drunk is highly not recommended.

The thing is, alcohol has, for most of us, a pretty solid rep. It’s often our go-to drug in social situations or our crutch through difficult times. And boozehounds like author Charles Bukowski can even manage to elevate alcoholism to poetic heights.

But imagine if instead of “alcohol,” we always referred to it “ethanol,” which is its scientific name. That doesn’t sound too good right? It almost sounds like we could toss it in the heap with the other fear-inducing medical-sounding drugs that we’d run away from.

The point is that when we’re talking about our health, it’s definitely helpful to recognize alcohol for what it really is: a potentially fatal drug, like any other. Now, that doesn’t mean you should never indulge in it, but it does mean you should recognize what you’re dealing with in order to deal with it safely and effectively without sacrificing your health or your running performance.

Now let’s take a look at the stuff that alcohol – erm, ethanol – actually does to your body that should concern you as a runner. After all, knowing what happens when you drink alcohol can help you determine when it’s safe to consume it and when you should abstain.

Does Alcohol Cause Dehydration?

Have you ever noticed that when you drink alcohol, you have to pee more than usual? That’s because it’s a diuretic.

But what does that mean exactly?

Very (very) simply put, your kidneys regulate how much water gets to stay in your body. If your water levels exceed a certain amount, your kidneys begin dumping the excess; they are then alerted by your brain, which releases the hormone called vasopressin (or anti-diuretic hormone (ADH)), which signals the kidneys to stop dumping.

When you consume alcohol, it suppresses ADH production, which causes the kidneys to dump more than they need to.

The point? After a run, you need to rehydrate. Thus, drinking too soon after a run is an impediment to your recovery. You should always wait at least a couple of hours after a run to indulge in alcohol.

Read our article on hydration for more information on how to hydrate properly before, during, and after a run. You should also check out our article on runner’s diarrhea – which is thought it be caused by (among other things) dehydration.

What Vitamins are Depleted by Alcohol if it’s Consumed in Moderation?

The first thing you should know is that if consumed in moderation – and provided that you’re already eating right – a little alcohol won’t hurt your vitamin and nutrient levels at all. In fact, consuming one 1-2 drinks a day actually has numerous noted health benefits, from improving cardiovascular health (which is actually a boon to runners) to lowering your risk of diabetes. Note, however, if you already have diabetes, regardless of type, then you should absolutely abstain from alcohol completely.

For more information – and for some good news for you ethanol enthusiasts – check out what two-time Olympic runner Nick Symmonds has to say about alcohol and running below. It might surprise you.

Alcohol and Running Performance: Our Verdict

Needless to say, you should never run while drunk. But as we saw above, alcohol, when consumed in moderation, doesn’t pose any real threat to your health or your performance.

It might even give you a little health boost, as we discussed above.

But all that goes out the window when you go out partying and drink too much the night before a run or race. Besides the ensuing (and dreaded) runner’s diarrhea, you’ll also be contending with a hangover and that can cause some serious problems.

Running with a Hangover

A hangover is caused by dehydration (remember, alcohol is a diuretic). That’s why if you can get away with skipping your run, you should take it – running dehydrated is dangerous and can make you vulnerable to injuries and cramps.

But if you absolutely must run, remember to stay hydrated. This may seem obvious, but it’s easily overlooked.

Opt for electrolytes or salt tablets.

This one is important: don’t begin running with a hangover until you’re hydrated. And how do you know if you’re hydrated? Just conduct the urine test: if your urine is clear, you’re good to go; but if it’s dark, keep chugging liquids. Liquids that don’t have ethanol in them of course.

And lastly, remember that hangovers can make you uncoordinated. Your motor functions are still quite impaired. So it’s best to keep your run short if you really are intent on running (again, we don’t recommend it, but we’re not the boss of you!)

And there you have it: everything you need to know about alcohol and running.

Blog
How Often Should You Run For Optimal Benefits?
read more >>

Blog
Pain In Groin After Running: The Why And What To Do
read more >>

Blog
How Often Should You Run For Optimal Benefits?
read more >>

Blog
Pain In Groin After Running: The Why And What To Do
read more >>

Blog
HIIT for Beginners: What It Is and How To Use It to Improve Your Running
read more >>

Blog
How To Breathe Properly While Running: Our Best Tips!
read more >>

An important note for our customers in the UK.

UK customers your order from Rockay is duty-free, despite changes to agreements with the EU. You do not have to pay any fees to receive your delivery, contrary to any messaging you may receive from a courier service.
Thank youfor your comment on our website!
Rockay Rewards$0.00
Welcome to Rockay Rewards:
faq
Rockay Rewards
Bonus
Shop at Rockay.com!
Earn 10% back on every purchase to be applied towards future orders

join now
Already have an account? Sign In
FAQ
FAQ:
We value loyal customers!
We have created a loyalty program in order to reward customers who enjoy using Rockay products on a regular basis. We grant 10% credit for every purchase you make in our shop to use for your future purchases.
How to join the Rockay Rewards?
Customers with Rockay accounts are automatically enrolled. If you do not have an account, join Rockay.com today by clicking here to create your account. It is absolutely free!
How to earn credit?
You will earn 10% credit on every purchase you make in Rockay shop. Purchases made with a gift card will not add points to your account.
How to redeem rewards?
You can use your credit at any moment for any purchase. There is no minimum amount that you can use.
How to use rewards?
Rewards are given to you as credits. You can tick the box at checkout to apply your credits on any order you want.
Can I use Rockay Rewards together with other coupons and/or promotions?
Rockay Rewards' credits cannot be used in conjunction with other coupons and discounts.
Who are referrals?
Your friends will receive a 10% discount off their first order and you will receive 10% of the value of your friend’s purchases, credited to your Rockay Rewards balance. You can send your personal code to any number of friends, but only the first 10 to place an order will receive the discount.
are you sure?

Last Chance! - You can get free shipping and 10% off any additional items! This is a 1 time deal for new customers only.
Yes, let me have a look first No, just want 1 pair for free
Want a Restock? We will have this item in the inventory soon! Let us know that you want to have it by entering your email, and we'll contact you when we get this item in stock!
Share this